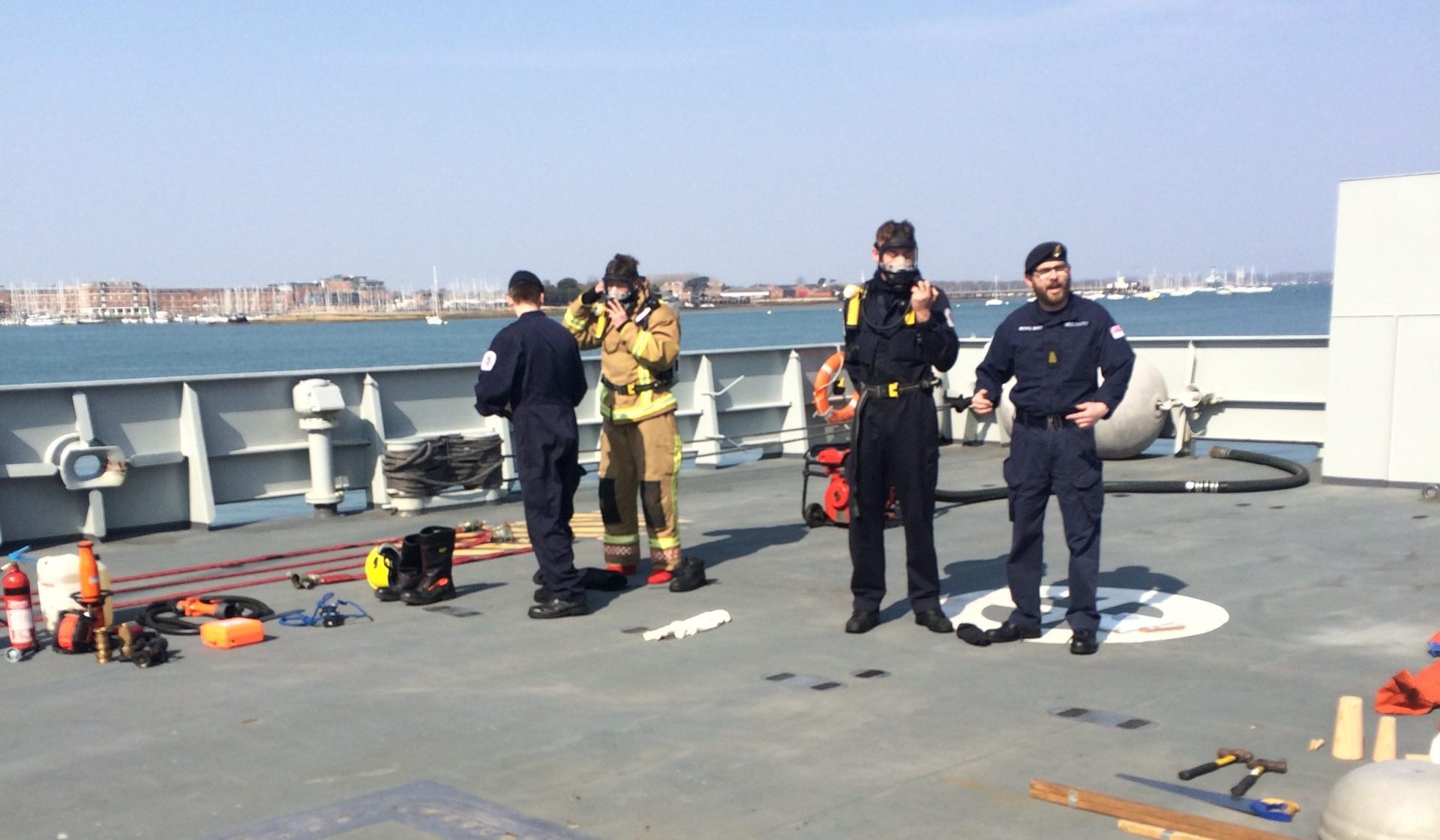 The Master accompanied by members of the Company visited our affiliate Royal Navy Ship, HMS Mersey, on Friday 25 March 2022 at Portsmouth Royal Naval Base.

The Ship was alongside for a couple of days. It is usually at sea for over 300 days a year which makes it one of the most active ships in the Navy.

We were soon on deck to learn about firefighting on a Royal Navy ship. The onshore maxim of running away from a fire cannot apply at sea where the order of the day is to advance to the fire. Necessarily, specialist clothing is worn, and the photograph shows the men making a quick change into the two types of firefighting kit. It was an impressive display of the ability of the men and the equipment at their disposal to keep the Ship safe from fire and damage.

There followed a trip to  the engine room where we were instructed in the capacity of the engines and how the ship managed to make best use of its fuel. The necessity of having engineers that can do running repairs when at sea was brought home to us.

We then visited the Bridge and were invited to sit in the Captain’s chair whilst the Officers explained the capabilities of the Ship in executing the Ship’s brief whilst at sea.

A great visit was rounded off by some fine hospitality from the Officers in the wardrooms at luncheon.