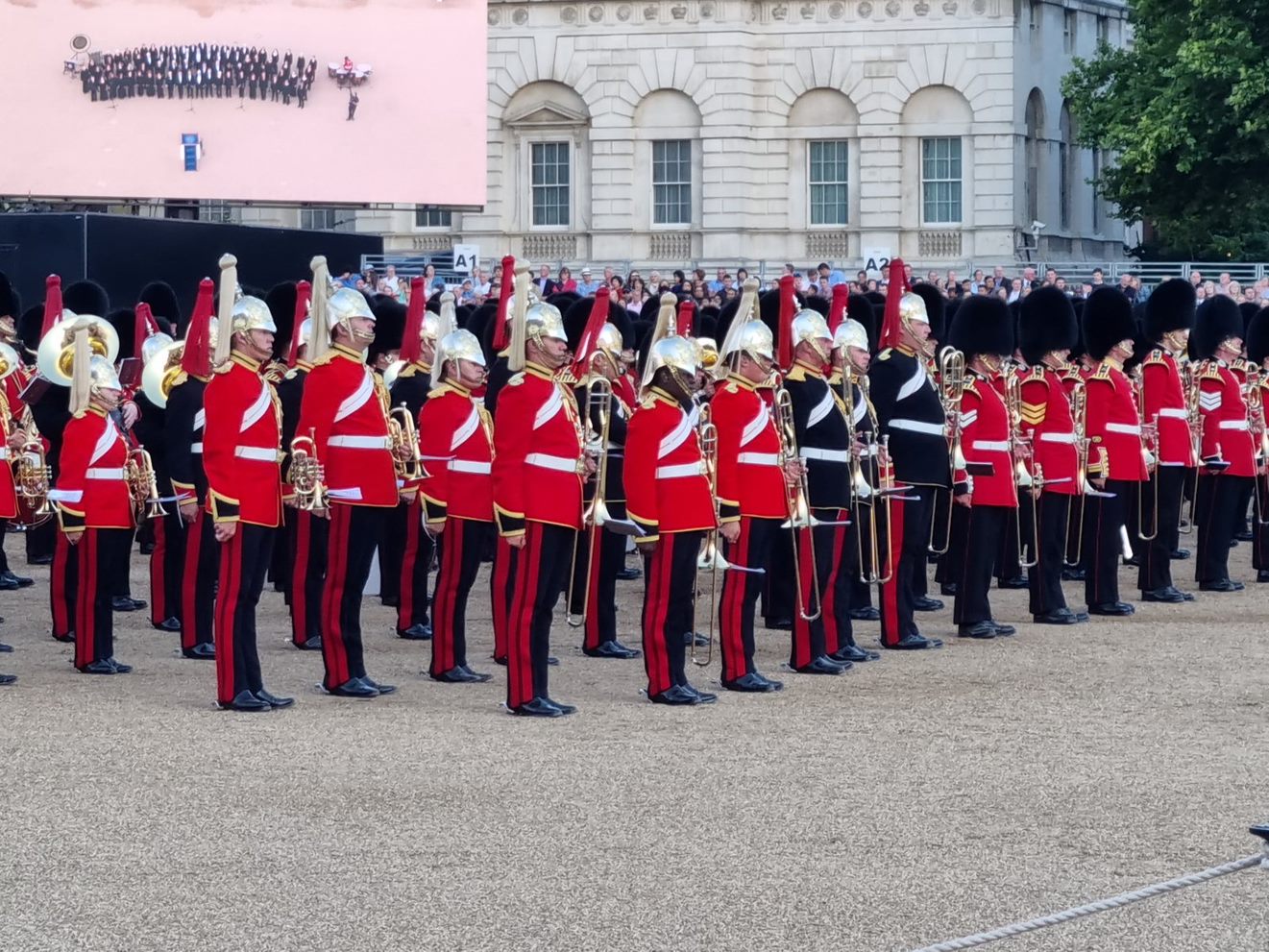 Tuesday 5th July 2022 saw members of the Company at Horse Guards Parade Ground. The Massed Bands of the Guards Division performed a Military Musical Spectacular marking HM the Queen and the Commonwealth in the Platinum Jubilee Year.

The sun shone as we looked across the parade ground to the rear of 10 Downing Street not aware that Prime Minister Boris Johnson was about to resign as leader of the Conservative Party.

All the focus was on the military bands as they marched and played whilst the large screens displayed events from Her Majesty’s 70-year reign.

The music started with the Coronation where Zadok the Priest and Crown Imperial were performed.

The evening’s theme was followed with sections concerning the Commonwealth and the four nations of the United Kingdom.

Tributes were made in music reminding us that it was 40 years since The Falklands War hostilities ended in 1982 and in which many Guardsmen had given service.

The Queen’s Balmoral and her Green Canopy Initiative featured when the pipe bands of the 1st Battalion Irish Guards and the Pipes and Drums of the London Scottish Regiment played.

The Finale of Vivat Regina and the hymn Abide with Me left the audience wanting more of what was a fantastic evening of Military Music.