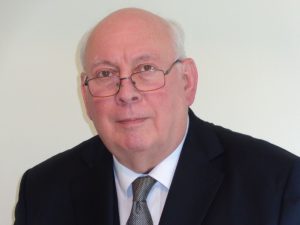 During his career Martyn has been a partner or principal in three firms of Chartered Accountants: firstly, at Wilkins Kennedy, then Foster Squires and more latterly under his own name as he started to wind down his business affairs.  In between the last two firms he spent six years with the Institute of Biology (now Royal Society of Biology) where he became the Deputy Chief Executive.

Although his early career included advising FTSE 100 companies, he was passionate about advising Small Managed Businesses helping them to prosper.  It is not surprising that included assisting in advising the best taxation position for them. He is a member of the ICAEW Tax Faculty.

All qualified arbitrators must have a primary occupation before they start to qualify and take arbitrations.  When he was still a teenager he first learned from a friend’s father about a look and sniff arbitration on spices performed in the London docks in the middle of the night and it left a lasting impression on him. It took some time before he became involved with arbitration. In 1993 he became an Associate of the Charted Institute of Arbitrators, progressed two years later to become a Fellow and in 2001 he qualified as a Chartered Arbitrator.  He undertook domestic arbitration and principally dealt with the issues of professionals whose partnerships had broken down.

He became a Freeman of the Worshipful Company of Arbitrators in October 2010, progressing to the Livery the next April.  His first Committee appointment was to Fundraising going on to Chair that Committee.  He is a Trustee of the Company’s associated Charity.

He believes that education is very important and benefits everyone at all stages of life.  He was appointed a Governor of his old School, Queen Elizabeth’s School, Barnet in 2005 and serves on their Finance Committee.  He is Chairman of the Old Elizabethans (Barnet) as well as the Chair of the Endowment Fund a charity which provides grants to both the Boys and Girls Schools of Queen Elizabeth, Barnet.

He is married to Linda and they have three daughters and seven grandchildren.