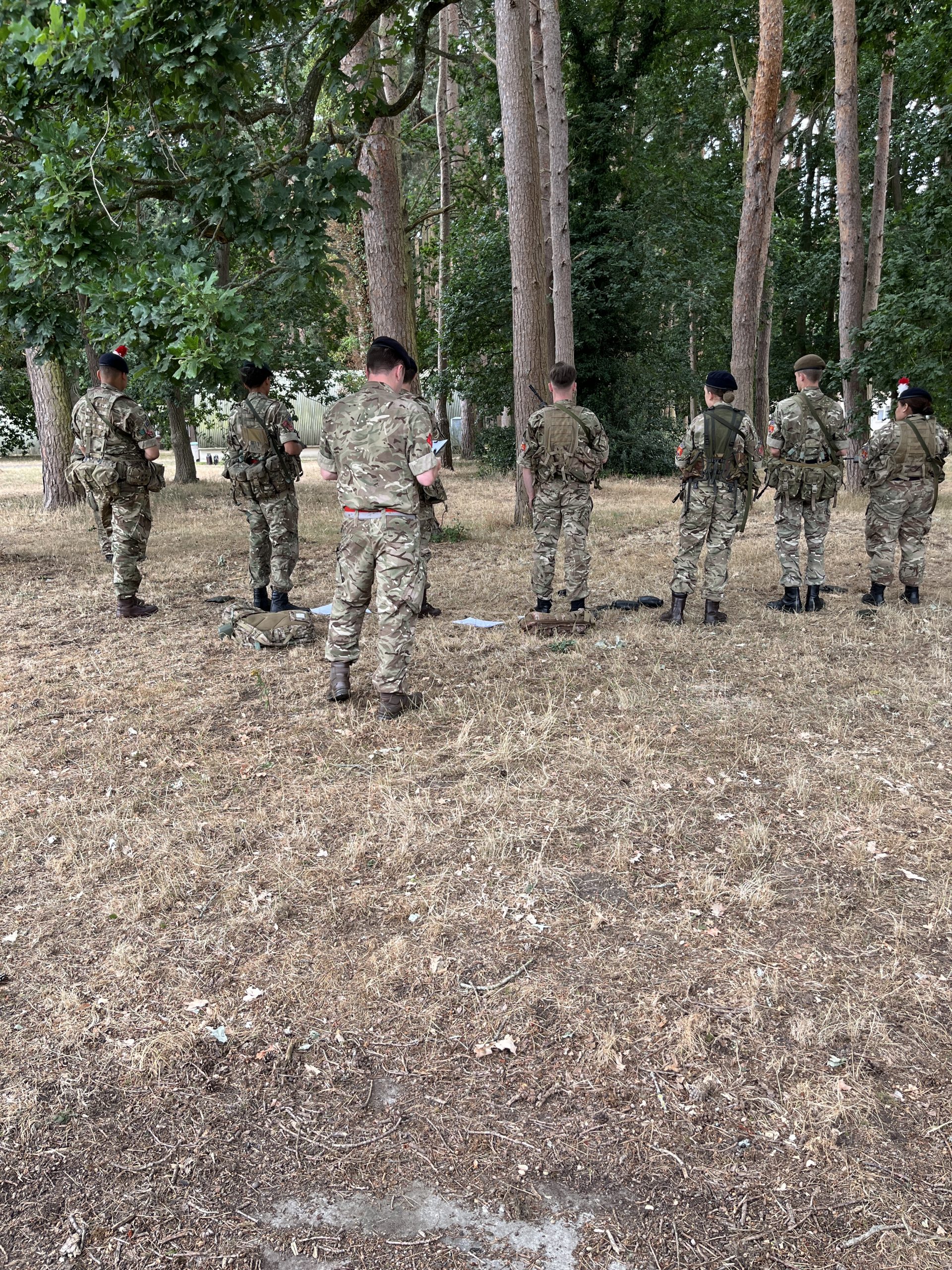 Saturday 30 July saw the Master and Court Assistant Peter King visit our Affiliated ACF Company at their summer camp, which was held at Thetford, Norfolk. The camp is two weeks long and the visit was on the middle Saturday.

The camp facility was full with cadets from across south London, their instructors and army regulars who helped in the myriad of events arranged for the cadets.

During our visit we saw marching on the square. This is a basic skill the cadets need to learn before advancing to other projects. It teaches them the need to listen and then execute orders whilst having to rely on their fellow cadets. The displays were impressive.

Looking after a cadet’s rifle is a core ability. Assembling, disassembling, and cleaning are all part of the drill along with being able to understand the instructor’s orders.

We saw two platoons engaged in fieldcraft. Coming out of a ditch safely covering their colleagues from surprise attack, they proceeded across fields towards a small forest where it was reported that the enemy was located (guest Guardsmen from a regular regiment). The enemy opened fire and the cadets return fire whilst retiring from the action in as safe a manner as such an exercise allows.

Some of the cadets had been away from the camp for the previous two nights on manoeuvres and they shared their reactions with us. All agreed that the exercises were satisfying yet exhausting. Asked what they had missed, the most quoted reply was a bed and regular toilets.

The team of Instructors from the Colonel down had all taken leave from their usual jobs and often this meant giving up their holiday entitlement. Their enthusiasm for passing on their skills is noticeably clear. Some of the older cadets are considering applying to join the regular army when they get older, and their choice of jobs are in some cases influenced by the abilities of the instructors.

Our thanks go to Major Kaz Lorimer and her team from 13 Company who gave us a warm welcome. It was a delight to be able to see the Company in their annual camp.